RUN! Do not walk, to the nearest exit! 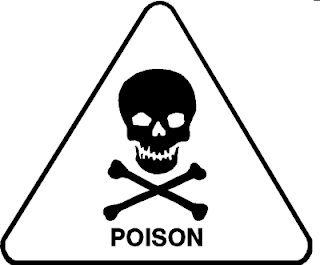 Yesterday my phone rang, it was a reporter from a news station in Fresno asking for an interview on the pope Francis’ statement on gay priests. Later, Telemundo called asking to arrange for a camera crew to interview me at home. I sighed as I poured myself a cup of coffee and then read through the statement.


Bottom line: It is a way of appearing to change everything without changing anything. Lets examine the actual statement:


"If someone is gay and he searches for the Lord and has good will, who am I to judge?"


It only makes sense if you believe that being gay is somehow disordered or defective. The official teaching of the Catholic church is precisely just that. The Official Catechism of the Catholic Church # 2357 states:

Homosexuality refers to relations between men or between women who experience an exclusive or predominant sexual attraction toward persons of the same sex. It has taken a great variety of forms through the centuries and in different cultures. Its psychological genesis remains largely unexplained. Basing itself on Sacred Scripture, which presents homosexual acts as acts of grave depravity,141 tradition has always declared that "homosexual acts are intrinsically disordered."142 They are contrary to the natural law. They close the sexual act to the gift of life. They do not proceed from a genuine affective and sexual complementarity. Under no circumstances can they be approved.


“and he searches for the Lord and has good will”

Here is the translation of what the pope is saying in plain English, taken directly from the Catholic Catechism:

Homosexual persons are called to chastity. By the virtues of self-mastery that teach them inner freedom, at times by the support of disinterested friendship, by prayer and sacramental grace, they can and should gradually and resolutely approach Christian perfection.


"homosexual acts are intrinsically disordered." Under no circumstances can they be approved. Homosexual persons are called to chastity.

Forget whatever your sexual orientation is, could you live this way? Could you spend your entire life without intimately loving someone else? Could YOU? Most of us discover our sexual orientation at puberty. How would you have felt [did you feel] when you realized that you were gay? How would [did] that change the nature of your relationship with your parents? Your brothers and sisters? Your cousins? Your classmates? Your friends?


It’s OK, I’ll just never :”act on it.” Here is where the teaching of the Catholic church totally falls apart. Here is where its inhumanity begins to reveal itself plainly. THINK of what the logical consequences are to these official teachings! THINK of the real world damage this does to a young LGBT person who hears these teachings from their priest, teacher, parent and family members. THINK!


IT SEPARATES SEX FROM RELATIONSHIP.


Catholic moral theology isolates sex as “an act” and in doing this, it thereby effectively de-humanizes sex by removing it from its natural context, i.e. a relationship.


“Two principles capture the essence of the official Catholic position on the morality of sexuality: first, that any human genital act must occur within the framework of heterosexual marriage; second, each and every marriage act must remain open to the transmission of life. In [their book, "The Sexual Person] this comprehensive overview of Catholicism and sexuality, theologians Todd A. Salzman and Michael G. Lawler examine and challenge these principles. Remaining firmly within the Catholic tradition, they contend that the church is being inconsistent in its teaching by adopting a dynamic, historically conscious anthropology and worldview on social ethics and the interpretation of scripture while adopting a static, classicist anthropology and worldview on sexual ethics.

While some documents from Vatican II, like Gaudium et spes ("the marital act promotes self-giving by which spouses enrich each other"), gave hope for a renewed understanding of sexuality, the church has not carried out the full implications of this approach. In short, say Salzman and Lawler: emphasize relationships, not acts, and recognize Christianity's historically and culturally conditioned understanding of human sexuality. The Sexual Person draws historically, methodologically, and anthropologically from the best of Catholic tradition and provides a context for current theological debates between traditionalists and revisionists regarding marriage, cohabitation, homosexuality, reproductive technologies, and what it means to be human.”

Pope Francis did NOT do that in his statement. What he did is accurately summed up by the following passage from Luke [11: 46-47]


“You lay impossible burdens on men but will not lift a finger to lighten them. Woe to you!”

At best, Francis is signaling a gentle course correction for Catholic bishops on this issue. When you’re an infallible institution, you can’t admit you made a mistake, you can’t admit that you have been wrong. Individual lives that are ruined or destroyed are unfortunate “collateral damage” that are sacrificed for the reputation of the institution. When all objective evidence contradicts something the church teaches, they simply emphasize something else. Prelates smile, employ humor, emphasize something else and are congenial.


But make no mistake, this pope’s congenial words offer ZERO relief for LGBT Catholics. They make no attempt to repair past evils inflicted on innocent people and so my advice is: leave! If you are LGBT leave the Catholic church, you can do better. If you are the parent or a family member of an LGBT person: leave! Your loved ones deserve better. If you are the parent of a child, leave! Your children absolutely deserve a healthier development. To raise an LGBT child in the Catholic church today constitutes de facto child abuse.


So, please, for the sake of psychological, emotional and spiritual well being and of love itself: RUN, do not walk, to the nearest exit!


And this headline after the pope's "hopeful statement:" Gay Teacher Fired From Catholic School Shortly After Marriage Ceremony

Thanks for the reference to the Catechism 2357 - I had mistakenly believed it was part of Canon but not so.

Fr. Geoff, couple of thoughts on your appropriately provocative post:

1. The Church, I think, is caught on the horns of a dilemma, indisputably its own gosh darn fault when it abandoned the impetus of Vatican II. So much of the Catholic world, especially in Africa, parts of Central and South America, Central and Eastern Europe, and even the ranks of regular communicants in the industrialized world, are riddled with the radically conservative. (Something along the lines of better to burn than tolerate the homosexual.) With this in mind, is it not at least arguable that Rome is acting well to focus on tone, on universal humanity--especially early on--than to push for direct changes in teaching? From this perspective, it's harder to discriminate against one's brother or sister, than it is to persecute the "other." I hate to give Rome any credit on this matter. But it seems to me at least that Francis' full comments would not be immune to this reading. Of course your reading is certainly better supported by the historic record, encyclicals etc.

2. You say run. I've been somewhat at a loss on this issue. I'm a multi-multi-multi-generation Catholic, with nuns, brothers and priests to boot. I feel deeply Catholic, which has made the Benedict years particularly painful. My response has simply been to stay home, say my rosary and feel resentful. As an English Catholic from a "recusant" family, which makes Anglicanism/Episcopalianism conceptually difficult (probably more so than is reasonable), where do I go? Maybe the answer is "just suck it up, stop whining and join an episcopal tradition." But it feels like I'm abandoning something core, something important. I struggle with this. What do you suggest?

Granted that Pope Francis cannot, in the present circumstances, defy the established dogma of the Church on this important matter of sexual orientation. However, the very fact that he has publicly said that Gays must be respected, is surely an indication of some future relaxation of Church Law? At least, he has moved further on this than his predecessors.

As an English Catholic from a "recusant" family, which makes Anglicanism/Episcopalianism conceptually difficult (probably more so than is reasonable)

Isn't it really time to let go of the 16th century? Take a dispassionate look at Anno Domini Two-Thouand-and-Thirteen?

"The Episcopal Church Welcomes You---WITH your same-sex partner---TODAY!" (IF Francis evolves some more---a WHOLE lot more---you can recross the Tiber then w/ our blessing)

JFC, I like my 500 year old resentments! In all seriousness, you make a compelling case. Very very very tempting ....