Use the brain (& the heart) God gave you. 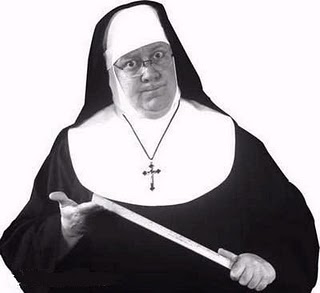 This morning as I sipped my morning coffee and read messages, I came across this posted to my blog:

Well, only up to a point, Father. All vice is a matter of habituation, so even if you didn't consciously desire your current situation it is still a result of the choices you have taken, whether intentionally and knowingly or not. I know coming to terms with one's sins is painful, but it's something we all have to do every day.


I started to write a personal response to “Moderate Fundamentalist;” however, I think that the points he/she raises should be addressed in the context of a post. Let us consider “MF’s” argument.


“MF’s” statement contradicts the findings of the science of psychology. The American Psychological Association clearly and unequivocally states:

No, human beings cannot choose to be either gay or straight. For most people, sexual orientation emerges in early adolescence without any prior sexual experience. Although we can choose whether to act on our feelings, psychologists do not consider sexual orientation to be a conscious choice that can be voluntarily changed.

Add to that scientific statement, this statement from the Sacred Congregation of the Doctrine of Faith of the Catholic Church.


In 1975, the Sacred Congregation for the Doctrine of the Faith (formerly the Holy Office of the Roman Inquisition) produced a document entitled: “Declaration on Certain Questions Concerning Sexual Ethics.” In this document, they made the most remarkable statement. They stated that there are “homosexuals who are such because of some kind of innate instinct.”


BOTH of these statements clearly establish that sexual orientation is NOT a choice. “Moderate Fundamentalist” is either ignorant of the findings of science and the declaration of the Church, or simply chooses to disregard them and their logical consequences.


“MF” next introduces the question of vice (morality) by stating,
“All vice is a matter of habituation, so even if you didn’t consciously desire…”


Since neither heterosexual nor homosexual persons elect their orientation, then orientation itself is morally neutral and neither morally good or morally bad. “MF” makes a jump here to “vice.” Vice implies that the individual makes a choice that he/she consciously knows to be wrong. For example, my physician has told me I should not eat high cholesterol foods, but I choose to disregard her directions and eat a diet that will likely cause a stroke or heart attack. This is a “vice” since it represents a disregard for oneself, loved ones and society as a whole. This is true because the resulting stroke/ heart attack would negatively impacts all these folks to a greater or lesser degree.


“MF” states, “I know coming to terms with one’s sins is painful, but it’s something we all have to do every day.”


Here “MF” is implying that for a person with a Same-sex orientation to “act” on his/her sexuality is a (vice) sin. What he is effectively demanding of this entire group of human beings is that they refrain from all sexual activity from the age of puberty until death, approximately 70 years according to actuarial statements. Since being gay/lesbian is “sinful, disordered, immoral, wrong, defective.”


What would those words mean to someone in junior high school who discovers that he/she is attracted to people of their same gender? The greatest fear that he/she would have is that they would be rejected by the people they love the most—their family. Therefore, their solution is to try to pass as straight, deceive, and in effect—lie. Of course, this leads ultimately to self-loathing. It should come as little surprise that gay teenagers have elevated suicide rates. According to the Center for Disease Control’s Youth Risk Behavior Survey (1999), 33% of gay youth will attempt suicide.


How would “MF’s” argument be received if it were applied to people with a heterosexual orientation? What would be the emotional, psychological and spiritual effects on people, who were told from their youth that they must never hold hands, kiss, date or marry a person to whom they are attracted? I think it would be no different from what the Center for Disease Control study found, or what that study logically implies. The words of Jesus come to mind, “Woe to you lawyers also! You lay impossible burdens on men but will not lift a finger to lighten them.” [Luke 11: 46]


To ignore the discoveries of the science of psychology (and what the Holy Spirit has revealed to the Church in 1975) in the area of human sexuality is an attempt to suppress and manipulate the truth. Since for theists the truth leads to God and is never contradictory to God, “MF’s” arguments are unsustainable. Increasingly thoughtful people of faith are connecting the dots.


"Creighton University professors Todd A. Salzman and Michael G. Lawler are the latest voices on the Catholic circuit. Their 2008 book, "The Sexual Person," just earned a rebuke from the U.S. bishops' doctrine committee.


Salzman and Lawler's dense academic argument turns traditional Catholic teaching on natural law on its head. They redefine natural law, saying "nature" is personal and individual, and that sexual activity need not be directed at procreation (contrary to what the Catholic Church has always said).


Bottom line: Salzman and Lawler are arguing that homosexuality is a status, not a choice. If that's the case, then everyone--including the Catholic Church--should line up in support of an entire rainbow of gay-related arguments and ideas."


The classic definition of theology is, “Faith seeking understanding.” Perhaps this, even more than homosexuality and Marriage Equality, is what is most disturbing to fundamentalists, “moderate” or otherwise. God is not a lab animal that has been completely dissected with all parts neatly identified and neither is human life. The bible (or the Church) is not an encyclopedic treatise on science, or a substitute for human conscience and personal moral choices.

As Sister used to tell our class in the first grade, “Use the brain God gave you!” To which I would add Jesus’ moral injunction, “Treat others the way you would have them treat you: this sums up the law and the prophets.” [Matthew 7: 12] Perhaps that is what is most disturbing about anti-Equality partisans, their monstrous lack of empathy. Like Cinderella’s evil step-sister they are ready and willing to cut the foot, so that the shoe will fit. They are willing to destroy lives to serve their comfortable world-view and nineteenth century “theologies.”
Posted by Father Geoff at 11:02 AM 10 comments:

Same-sex orientation: We did not choose this issue, this issue chose us.

I never did give them hell. I just told the truth, and they thought it was hell.