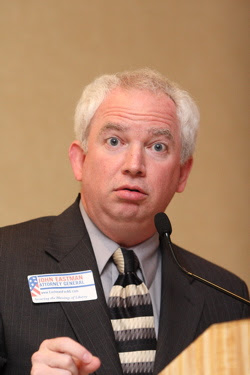 The Associated Press reports the following, re-printed by the Huffington Post:


"A law school professor from Southern California was named Thursday as the new chairman of the National Organization for Marriage, one of the most active groups opposed to the legalization of same-sex marriage.
John Eastman, a professor and former dean at Chapman University Law School in Orange, Calif., will replace NOM's co-founder, Maggie Gallagher, who will remain a member of the board while devoting some of her time to finishing a book about the same-sex marriage debate.


The Huffington Post re-published an interesting article by Phyllis Zangano on “The Sexual Person” on 29 September 2010,

"Salzman and Lawler's dense academic argument turns traditional Catholic teaching on natural law on its head. They redefine natural law, saying "nature" is personal and individual, and that sexual activity need not be directed at procreation (contrary to what the Catholic Church has always said).


"Two principles capture the essence of the official Catholic position on the morality of sexuality: first, that any human genital act must occur within the framework of heterosexual marriage; second, each and every marriage act must remain open to the transmission of life. In this comprehensive overview of Catholicism and sexuality, theologians Todd A. Salzman and Michael G. Lawler examine and challenge these principles. Remaining firmly within the Catholic tradition, they contend that the church is being inconsistent in its teaching by adopting a dynamic, historically conscious anthropology and worldview on social ethics and the interpretation of scripture while adopting a static, classicist anthropology and worldview on sexual ethics."


Professors Salzman and Lawler’s work is a very important tool in our battle for Full Federal Legal Equality, because “Natural Law” arguments form the philosophical foundation for Anti-Equality laws and policies. Salzman and Lawler's arguments transform Natural Law into our ally for full Equality and should be required reading for anyone debating John Eastman, Robert George and other NOM spokespersons.
Posted by Father Geoff at 11:08 AM

While I think Salzman and Lawler offer great substantive theological arguments for why the sacrament of marriage should be open to those in homosexual unions or who are transsexual, I think playing to the theological side may help NOM and Eastman, because it potentially reinforces the radical right's confusion of sacramental marriage with civil marriage.

I believe our best argument against NOM should focus on the Constitution, including the First Amendment (establishment clause), and Fifth and Fourteenth Amendments (substantive due process), and the equality that the express wording of the Constitution mandates for all persons residing in the United States.

When the government begins to discriminate between classes of person, especially in the application of fundamental rights like privacy and procreation, and especially when the criteria for discrimination references an "immutable characteristic" like race or gender (i.e., that over which the person has no choice), then the standard of review is strict scrutiny, the highest level of review applied by the courts to any law. Under this standard, the government must have a "compelling interest" in discriminating. Classifications by immutable characteristic are considered de facto "suspect." (For good reason, compelling interests and legitimate suspect classifications are far and few between.)

As the American Psychological Association and other medical and scientific organizations have concluded, orientation and gender identity are not something mutable or subject to change. Nor are they psychological disorders. Accordingly, homosexuality and gender identity are "immutable" by any definition, and the efforts by state and federal governments to discriminate based on these suspect classifications are and should be subject to strict scrutiny.

The question, therefore, is do state and federal governments have a compelling interest in discriminating as they do? As Judge Walker found by trial, no such compelling interest exists. Nor was the state able to articulate such an interest (and even if it did, there were far less restrictive and more narrowly tailored means to obtain whatever objectives the state may have had other than the blanket prohibitions and discrimination presently engaged in).

Eastman must know and understand this argument and the weakness of his position legally. I strongly doubt he'll be able to articulate a rationale that is anything but religiously motivated. Of course, that argument is prohibited under the establishment clause to the First Amendment, that government shall "make no law respecting an establishment of religion [...]."

NOM and its supporters can have their religiously fueled bigotry and hatred, as inconsistent as those are with Jesus' preaching. But they can't turn dogma into law, which is exactly what they're trying to do.

I don’t think that this is a question of either/or; but rather, multiple attacks. Yes, without dispute, I agree with you that we need to move our cause for Full Federal Legal Equality forward through all three branches of government. I further agree that this is a matter of Civil Rights. It is also true that there exists much popular confusion over the distinction of Civil Marriage and a Religious Marriage.

All of that stated, Professors Salzman and Lawler’s groundbreaking work undercuts the traditional philosophical arguments that underpin the arguments to deny Marriage Equality used by socially reactionary religious right. Being able to point out these foundational flaws in their own understanding of Natural Law will strip away the last fig leaf covering their naked hatred for LGBT people.