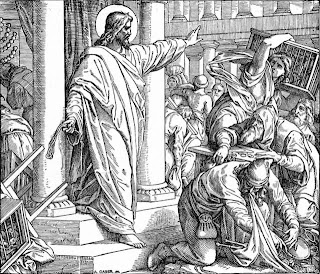 This Sunday 24 April 2011 is Easter Sunday. A group of LGBTQ people, both Catholics and non-Catholics, intend to meet in front of Saint Patrick’s Cathedral in New York City.


Why? In their own words,


“Right here in New York, Archbishop Timothy Dolan and other Bishops and other Catholics of New York State will travel to Albany to lobby state leaders on March 8 to, among other things, ‘’oppose efforts to redefine marriage.’’ It should come as no surprise, but the Pope recently said that no one has an absolute right to be married. More laws or doctrines that discriminate can only contribute to a culture of hate and violence.”

Some will attempt to depict this peaceful protest in support of LGBTQ Civil Rights as “an anti-Catholic attack” targeting Saint Patrick’s Cathedral on the Holiest Day in the Catholic calendar.


The reality is that it is Archbishop Dolan and other Catholic bishops who are out of step with the vast majority of Catholics. It is their relentless and unjust attacks on members of their own flocks, that constitute an “anti-Catholic and anti-human attack.” It is they who blaspheme the Holy Day, as Jesus said, “I ask you, is it lawful to do good on the Sabbath or evil? To preserve life or destroy it?” [Luke 6: 9]


These homophobic attacks on the Civil Rights of LGBTQ Catholics, their dependents and their loved ones, are what are truly anti-Catholic and anti-human. Denying people with same-sex orientation the right to a Civil Marriage, not only robs them of over 1,000 legal protections, rights and obligations associated with Civil Marriage. Dolan and American bishops are supporting a system of Apartheid laws that effectively condone bigotry and stigmatization of people with same-sex orientation in American culture. The Center for Disease Control “Youth as Risk Study” of 1999 states that 33% of gay adolescents attempt suicide, Last years spate of suicides by LGBTQ students was a chilling reminder of the power of hate in our society. Jesus’ words about taking a life on the Sabbath are not mere hyperbole in this matter.


Archbishop Dolan and many of America’s bishops are accomplices to this hatred. Polls demonstrate that they do not speak for the vast majority of American Catholics on this issue. Dolan & Co. attempt to further the cause of bigotry by attempting to unduly influence elected officials, they support hate organizations like the National Organization for Marriage (NOM) headed by Maggie Gallagher.


As Jesus said of religious officials of his day, “Their words are bold but their deeds are few. They bind up heavy loads, hard to carry, to lay on other men’s shoulders, while they themselves will not lift a finger to budge them. All their works are performed to be seen. They widen their phylacteries and wear huge tassels. They are fond of places of honor at banquets and the front seats in synagogues.” [Matthew 23: 4-6]


Archbishop Dolan knows all too well, that if he wants to become “Cardinal” Dolan, then he must “persuade” New York’s State Elected Officials to legislate what Benedict XVI wants as law for the citizens of New York State.

The irony about the Church’s overt homophobia is illustrated in Tim Unsworth’s book, “The Last Priests in America” (New York: Crossroad, 1991) on page 248, Unsworth states,


“An NBC report on celibacy out of Chicago stated ‘anywhere from 23 percent to 58 percent’ of the Catholic clergy have a homosexual orientation. A newly ordained priest from a large, multidiocesean seminary believes that at least half his classmates were gay, and a gay Catholic layman, who frequents gay bars in his city stated, ‘I just can’t go into a gay bar without meeting at least one priest….I’m told that the diocese punishes its diocesan priests if they’re seen in a gay bar. That’s terribly ironic since some of the ones meting out the punishments are gay themselves.’ A.W. Richard Sipe’s estimate is that by the year 2010, if the present trend continues, the majority of the clergy will be homosexual.”


What can you do?

1. If you are in, or near New York City on this Easter Sunday join in this peaceful demonstration for Civil Rights and Human Dignity.

2. Write a letter to the Editor in your local newspaper expressing your support for this action.

3. Encourage family and friends who live in the NYC area to participate in this Action.

4. Publicize this Action.
Posted by Father Geoff at 4:54 PM

"I ask you, is it lawful to do good on the Sabbath or evil? To preserve life or destroy it?" I love this quote. It points to the supreme importance of life, and strongly alludes to Pharisaic Judaism's preoccupation with life as the supreme value, even at the expense of the Law. The Church would do well to remember the central importance of that lesson.

Your quote from Matthew also alludes to Jesus' other commandment, "love your neighbor as yourself," an echo of the great Rabbi Hillel's command, "What is hateful to yourself do not do to another, that is the whole law, the rest is commentary."

The whole impetus in Judaism is love and life, and elevating the central importance of the human being. Christianity made us all Jews. I just hope the Church reacquaints itself with these core values, and praying for the same this Easter season.

Father Farrow, thank you so much for writing this informative, passionate, inspiring blog post. I am going to spread it around. You are wonderful and I only hope that I get to meet you someday. I will follow you and, please, do continue to write and share. What a voice!