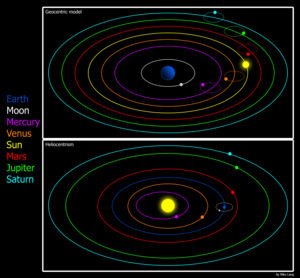 THE embattled head of Belgium's Roman Catholic church today defended his controversial remarks on AIDS, gays and paedophile priests, insisting that his words had been twisted.

Archbishop Andre-Joseph Leonard has been accused of homophobia and his spokesman abruptly resigned after the church leader described gay love as a travesty of nature and AIDS as "a sort of intrinsic justice". FULL STORY

Benedict XVI and Archbishop Leonard are in fact practical proponents of sexual promiscuity. By willfully ignoring, the Church’s own statement made in 1975 that there are “homosexuals who are such because of some kind of innate instinct.” They refuse to accept the logical conclusions of both this statement and the findings of the science of psychology regarding sexual orientation.

The consequences of this childish obstinacy are multiple.

· This “formation” instills denial and lying in people with same-sex orientations. This begins for most at puberty, when they do not possess an adult psychological/emotional skill set to effectively deal with this attack.

· In denying the social institution of marriage to same sex couples, the hierarchy of the Church forces people into sham heterosexual marriages, and/or to seek clandestine (promiscuous) sexual liaisons. The spiritual, psychological and emotional damage caused in the Name of God are as horrifying today as when Jesus commented, “Woe to you lawyers [religious leaders] also! You lay impossible burdens on men but will not lift a finger to lighten them.” [Luke 11:46]

· In those happy cases were an individual becomes sufficiently self-actualized and enters into a Union of Life and Love [marriage] with another person, they are denied the legal protections, benefits and social support granted by Civil Marriage. This undermines both fidelity and stable homes which are the basic cell of society.

· Increasingly many LGBTQ persons and their loved ones are not only abandoning the Catholic Church, but many have abandoned faith in God altogether. This is due to the monstrous abuses perpetrated in God’s name by those who claim to be God’s agents in this world.

· In addition to vile attacks on LGBTQ people, Benedict XVI and many bishops are also complicit in the Cover-Up Scandal that protected pedophiles, and thereby created new instances of pedophilia.

In this light, I heartily agree with Archbishop Leonard’s assertion, “Badly handling physical nature causes it to treat us badly in turn and badly dealing with the deeper nature of human love will ultimately always lead to catastrophes on all levels."

It is time that the hierarchy of the Catholic Church practiced some humility and accepted the findings of science. Let’s hope that it takes them less time than it did for them to admit their error and apologize about Galileo.

As usual Fr. Geoff, well considered and thoughtful comments, far closer to the message of Christ than the dry legalisms of the Vatican. Couple of points.

First, I strongly agree with the point you strongly allude to, that the Magisterium of the Church is sacrificed when the Vatican insists on abusing its teaching authority to force patent nonsense down people's throats. See, Galileo. As you point out, humility is required of all God's people, not only those lower than the rank of Bishop.

Second, I would note that Archbishop Leonard's comments are not the worst I have read. Archbishop Anthony Apuron of Guam, in an October 15, 2009 letter to the faithful, praised the murder of homosexuals by radicalized Muslims: "Islamic fundamentalists clearly understand the damage that homosexual behavior inflicts on a culture [because homosexuality is a culture of ‘death’ and ‘self-absorption’]. That is why they repress such behavior by death. Their culture is anything but one of self-absorption. It may be brutal at times, but any culture that is able to produce wave after wave of suicide bombers (women as well as men) is a culture that at least knows how to value self-sacrifice." Archbishop Anthony Apuron, “In Bill 185 the Stakes are Very High” (Archbishopric of Agana, Guam, Oct. 15, 2009).

Of course, that fits well with Benedict XVI branding homosexuals "the destruction of God's creation" in his 2008 Christmas Message of all things, and his attempts to justify violence against homosexuals by blaming homosexuals themselves. Cardinal Joseph A. Ratzinger, Prefect, Letter to the Bishops of the Catholic Church on the Pastoral Care of Homosexual Persons (The Congregation of the Doctrine of the Faith, Oct. 1, 1986).