...and they lived happily ever after. 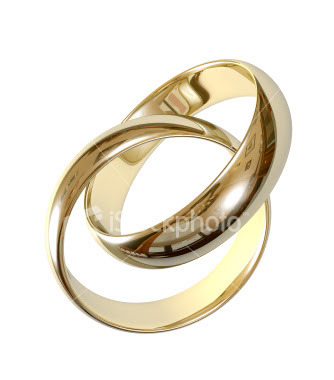 Dan said...
I don't believe in gay marriage. Every married person I know is miserable!

I have given much thought to your comment regarding marriage. It really deserves a response on a personal level and on a universal level.

On a personal level, my heart goes out to you. It sounds like you have experienced a great personal hurt, possibly a betrayal by someone who you sincerely loved. Intimacy entails risk. Consider the process of dating. On the first date, people usually take great care in their appearance. They usually, are very deliberate in how they speak. We tend to try to put our best foot forward. When we feel more comfortable with the other person, we (or a friend/relative GRRR) will reveal a vulnerability. How that other person reacts to that revelation will determine what further revelations (if any) we dare to make.

Entering into a relationship with another person is literally placing your heart in their hands. Frankly, the question of sexual orientation here is moot. One need only pick up a great work of literature, a current novel, or a copy of the DSM (a reference book used by psychologists and therapists) to see that this is a reality that transcends time, culture, education, etc.

There is a danger inherent in all intimate human relationships. Sexual orientation does not trump the human condition. There is a great passage in the Book of Sirach 6:7-17 that catalogues the various types of “friends” one encounters in this life. When speaking of a potential mate, you can expand Sirach to the tenth power. As regards the issue of marital fidelity, I can assure you (having heard confessions for 23 years) that heterosexuals (male & female) are not immune from infidelity. As in all other areas of life, we learn from our failures, these can lead to personal depth, growth and new opportunities.

The California Supreme Court cited and quoted an amicus brief filed by the APA in the Court’s opinion issued on May 15, 2008 that struck down California’s ban on same sex marriage. Specifically, the court relied on the American Psychological Association’s brief in concluding that the very nature of sexual orientation is related to the gender of partners to whom one is attracted, so that prohibiting same sex marriage discriminates on the basis of sexual orientation, rather than just imposing disparate burdens on gay people.

Essentially the court stated that denying individuals with same sex orientation the civil rights of marriage is unjust discrimination. No one is required to marry anyone. Some chose to remain single for their entire life. That is their right. However, for society to say to a person or a group of people “you may never marry” simply because of a person’s sexual orientation constitutes both an injustice to that individual and to that minority. The false and hollow argument offered by religious zealots that homosexuals have the right to marry someone of the opposite sex is both offensive and ignorant. The California Supreme Court, in its ruling, cited the APA’s amicus brief that corrects the ignorance and thereby explains the injustice.

As far as every married person being miserable. Mr. Lyles, a high school teacher of mine, once advised us regarding taking True/False tests. He said: If you ever have a True/False question that states, every, all, always or never and you are unsure of the answer mark it “False.” Aside from God, there are very few absolutes.Your statement is comprehensible only when understood from the depth of pain you suffer when someone betrays your love.

When it comes to marriage, we grew up hearing fairy tales end with the phrase “and they lived happily ever after.” We tend to think of marriage in idealized terms, we seek perfection and guarantees. The reality is that these are non-existent. What two people do when they exchange marriage promises is to say to their beloved, as long as I have the use of my mind, you can count on me. I will be there with you and for you, to share the joys and to help shoulder the difficulties we encounter together.

The two people, regardless of sexual orientation, are imperfect. They will falter and perhaps fail themselves and their spouse. Encouraging and challenging each other towards self-actualization is both the act of and the gift of love. The future is unknown. Arguably, that is the beauty, strength and value of marriage, which is a union of love and of life. Will it always be happy? Probably not, because regardless of one’s marital status life is not always happy. However being married means that at the end of a long hard day you do not return to a house, but to a home. In my experience, love is worth it and to deny that to an individual or a group is both an injustice and a moral evil. Paradoxically religious zealots promote the very promiscuity they denounce as “the homosexual lifestyle” by denying same sex couples civil marriage.
Posted by Father Geoff at 6:14 PM

"On a physiological level, there is no difference between rape and making love."

This is certainly not true for women. There is a huge physiological difference in the response of women to real intimacy versus rape.

This does however point to a glaring flaw in Catholic sexual theology which never takes into consideration there are very real physiological differences in the way men and women respond sexually.

My next sentence was:

On an affective level, although the physical act may be identical, there is a huge emotional, psychological and spiritual difference!

I was referring to the "mechanics" of the sexual act vs. what is happening on an affective level.

A rape victim, female or male (having worked in prisons I can tell you that men get raped too), is precisely that, a victim of an act of violence and violation.

Obviously, there is a huge difference between real intimacy and rape. That is my point. The physical act, is made human (or dehumanized) by the inner disposition of the two people engaged in that act.

Father, thanks for your thoughtful response. I didn't expect such, from a comment that was meant to be a joke. You are correct that I, along with so many others, have had my share of emotional pain. I firmly believe, however, that true love can only be found in a committed relationship.

It may be, that once the culture accepts same sex marriage, and seriously examines the issue of commitment that marriage entails, that this will then strengthen marriage bonds among heterosexual couples.

I was recently shocked by the news that Al & Tipper Gore's marriage is breaking up after FORTY years!

It is my sincere wish that our culture rediscovers the importance, and seriousness, of "vows" - no matter who is making them.